Advent part 4 - A better king and a better outcome 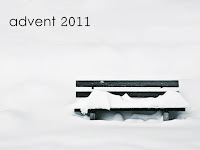 
The prediction here of a coming king, one who would come from the stump of Jesse, is a prediction that Jesus would come as the heir to the throne of king David and would appear from a kingly line that seemed to have been all but destroyed. That being so the arrival of Jesus on the scene some 750 years later proved to be an exciting moment of hope for Israel as the prophecy of a better king seemed to be coming true. But as is so often the case the expectation and the reality were not exactly in line. You see the king here is going to bring judgement. His mission to be the better king starts with bringing justice to bear on those who behave wickedly. So we think of the baby born in a stable, the king of all kings, and we think of his work of compassion and healing, and all that is true but it is only part of the picture we have of his work. This Spirit filled and enabled king will use his supernatural insight, his divine wisdom and knowledge, to bring perfect justice to bear. And then, once he has done that and only when he has done that will he establish his eternal kingdom of peace in its fullest form.

What does that mean?
It means the prophecies about Jesus in many parts of the Old Testament squash together the wonderful work that Jesus has done, is doing and is yet to do so that we get a big picture overview of the work of this magnificent king.
And that means this Christmas as we celebrate the birth of the king we would do well to remember that his wonderful work is to save, yes, it is to bring hope and joy, yes but it is also to bring justice and judgement to a world that desperately needs it. And looking into the future we get a view of a new heavens and a new earth where this king has done his work and there diversity and peace and most importantly we will all know Him.

The first Christmas begins the earthly part of his mission but he's not finished with us yet.
Email ThisBlogThis!Share to TwitterShare to FacebookShare to Pinterest
Labels: articles, christmas, guest post
Newer Post Older Post Home