what the bible says about homosexuality 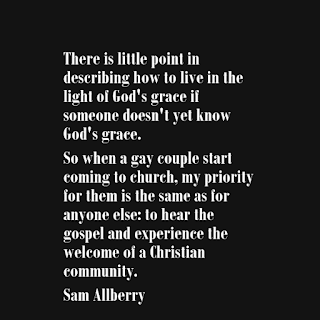 "What the Bible says about homosexuality does not represent everything God wants to say to homosexual people; it is not the whole message of Christianity.

Christians who want to explain the Christian faith to gay friends need to know that what the Bible says about homosexuality is not the only thing they need to explain, and it is probably not the first thing, or even the main thing, they need to focus on.
They need to know who Jesus is before being landed with what he requires. There is little point in describing how to live in the light of God's grace if someone doesn't yet know God's grace. So when a gay couple start coming to church, my priority for them is the same as for anyone else: to hear the gospel and experience the welcome of a Christian community."