Christmas can be better than you think 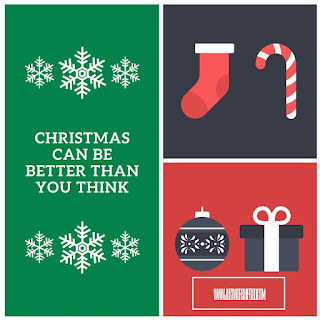 8And they heard the sound of the LORD God walking in the garden in the cool of the day, and the man and his wife hid themselves from the presence of the LORD God among the trees of the garden. 9But the LORD God called to the man and said to him, "Where are you?" 10And he said, "I heard the sound of you in the garden, and I was afraid, because I was naked, and I hid myself." 11He said, "Who told you that you were naked? Have you eaten of the tree of which I commanded you not to eat?" 12The man said, "The woman whom you gave to be with me, she gave me fruit of the tree, and I ate." 13Then the LORD God said to the woman, "What is this that you have done?" The woman said, "The serpent deceived me, and I ate." 14The LORD God said to the serpent, "Because you have done this, cursed are you above all livestock and above all beasts of the field; on your belly you shall go, and dust you shall eat all the days of your life. 15I will put enmity between you and the woman, and between your offspring and her offspring; he shall bruise your head, and you shall bruise his heel." 16To the woman he said, "I will surely multiply your pain in childbearing; in pain you shall bring forth children. Your desire shall be for your husband, and he shall rule over you." 17And to Adam he said, "Because you have listened to the voice of your wife and have eaten of the tree of which I commanded you, 'You shall not eat of it,' cursed is the ground because of you; in pain you shall eat of it all the days of your life; 18thorns and thistles it shall bring forth for you; and you shall eat the plants of the field. 19By the sweat of your face you shall eat bread, till you return to the ground, for out of it you were taken; for you are dust, and to dust you shall return."

Isn't this a bit of a depressing reading for Christmas? Surely we want to be hearing something about the goodness of humanity, the brotherhood of man, something that fits in with the idea that Christmas brings out the best in us. That's what we want to hear at Christmas because Christmas has become about pretending things are better than they are. This is exactly what Ben Preston, editor of the Radio Times, says in the Christmas issue of his magazine:

"Sometimes we really need a good Christmas. Time to hunker down with friends and family - to indulge ourselves and keep troubled times at bay. This is such a Christmas."


We imagine and plan for the ideal time with friends and family, trying to ignore that there's something wrong with the world. But there is something wrong, and even if we can push it to the back of our mind for a day or two, it's still there.

This reading diagnoses that problem. Like Adam and Eve, we try to become like God, we try to make the world revolve around us and it doesn't work. We are not keen on the idea that the problem is down to us so, again, we follow the pattern set by Adam and Eve and we shift the blame. It's my partner/parent/kid/boss/friend/government's fault, if they would change, the problems would go away. Except it can't change anything - we toil and then die, and God says that is because of our rebellion against him.

The message of Christmas is so much more than pretending that everything is better than it is. It is so much more than forgetting about your problems for a few days. It's much more than a bit of a celebration to make us feel better. It's more than reminding us about the importance of family. It's more than a chance to slow down a bit and relax. It's better than all of that because God has a solution to the problem. God reveals His plan in verse 15 - the woman's offspring who would have his heel bruised but would crush Satan's head - Jesus. In response to Adam and Eve's rebellion, and in response to ours, God did not cut us off but sent Jesus - born to a virgin, died on a cross, raised 3 days later conquering Satan, sin and death. That's the good news of Christmas. 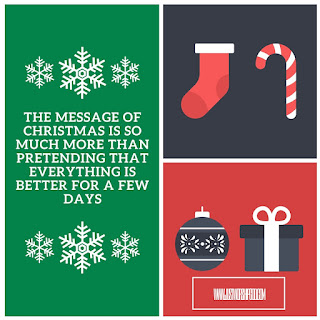