12 classic quotes from John Stott - The Cross of Christ

The Cross of Christ by John Stott is a classic exploration of the centrality of the cross to Christianity. Check out 12 of the best quotes below. 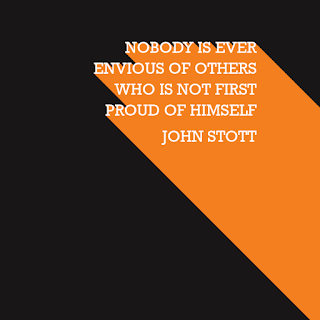 The concept of substitution may be said, then, to lie at the heart of both sin and salvation. For the essence of sin is man substituting himself for God, while the essence of salvation is God substituting himself for man. Man asserts himself against God and puts himself where only God deserves to be; God sacrifices himself for man and puts himself where only man deserves to be. Man claims prerogatives which belong to God alone; God accepts penalties which belong to man alone.

The reasonableness of trust lies in the known trustworthiness of its object. And no-one is more trustworthy than the God of the cross. The cross assures us that there is no possibility of a miscarriage of justice or of the defeat of love either now or on the last day.

The place of suffering in service and of passion in mission is hardly ever taught today. But the greatest single secret of evangelistic or missionary effectiveness is the willingness to suffer and die. It may be a death to popularity (by faithfully preaching the unpopular biblical gospel), or to pride (by the use of modest methods in reliance on the Holy Spirit), or to racial and national prejudice (by identification with another culture), or to material comfort (by adopting a simple lifestyle). But the servant must suffer if he is to bring light to the nations, and the seed must die if it is to multiply.

If our peace-making is to be modelled on our heavenly Father’s, however, we shall conclude at once that It is quite different from appeasement. For the peace which God secures is never cheap peace, but always costly. He is indeed the world’s pre-eminent peacemaker, but when he determined on reconciliation with us, his ‘enemies’, who had rebelled against him, he ‘made peace’ through the blood of Christ’s cross (Col. 1:20). To reconcile himself to us, and us to himself, and Jews, Gentiles and other hostile groups to each other, cost him nothing less than the painful shame of the cross. We have no right to expect, therefore,‘that we shall be able to engage in conciliation work at no cost to ourselves, whether our involvement in the dispute is as the offending or offended party, or as a third party anxious to help enemies to become friends again.

Self-denial is not denying to ourselves luxuries such as chocolates, cakes, cigarettes and cocktails (though it may include this); it is actually denying or disowning ourselves, renouncing our supposed right to go our own way. To deny oneself is... to turn away from the idolatry of self cent redness

Thus the very purpose of his self-giving on the cross was not just to save isolated individuals, and so perpetuate their loneliness, but to create a new community whose members would belong to him, love one another and eagerly serve the world.


7 - more than a demonstration

True love is purposive in its self-giving; it does not make random or reckless gestures. If you were to jump off the end of a pier and drown, or dash into a burning building and be burnt to death, and if your self-sacrifice had no saving purpose, you would convince me of your folly, not your love. But if I were myself drowning in the sea, or trapped in the burning building, and it was in attempting to rescue me that you lost your life, then I would indeed see love not folly in your action. Just so the death of Jesus on the cross cannot be seen as a demonstration of love in itself, but only if he gave his life in order to rescue ours.


Faith has absolutely no value in itself; its value lies solely in its object.

The proud human heart is there revealed. We insist on paying for what we have done. We cannot stand the humiliation of acknowledging our bankruptcy and allowing someone else to pay for us. The notion that his somebody else should be God himself is just too much to take. We would rather perish than repent, rather lose ourselves than humble ourselves.

It is impossible for us to face Christ’s cross with integrity and not to feel ashamed of ourselves. Apathy, selfishness and complacency blossom everywhere in the world except at the cross. There these noxious weeds shrivel and die.

If we were in their place, we would have done what they did. Indeed, we have done it. For whenever we turn away from Christ, we ‘are crucifying the Son of God all over again and subjecting him to public disgrace