How do you respond when told you’re wrong?

I am sorry that statements taken out of context have had such repercussions. (Francisco Javier León de la Riva)

Our cover illustration last week got strong reactions, which we regret. [...] Our intention was not to incite or offend. (Josh Tyrangiel)

If anything I said this morning has been misconstrued to the opposite effect I want to apologize for that misconstrued misconstruction. (Joe Barton)

I feel bad if her feelings were hurt. (Questlove) 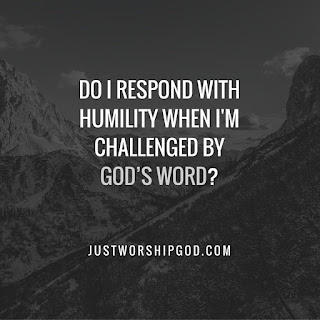 The word reached the king of Nineveh, and he arose from his throne, removed his robe, covered himself with sackcloth, and sat in ashes. And he issued a proclamation and published through Nineveh, “By the decree of the king and his nobles: Let neither man nor beast, herd nor flock, taste anything. Let them not feed or drink water, but let man and beast be covered with sackcloth, and let them call out mightily to God. Let everyone turn from his evil way and from the violence that is in his hands. Who knows? God may turn and relent and turn from his fierce anger, so that we may not perish.”

The King wearing sackcloth and sitting in ashes is an incredible sign of humility. It is a mark of genuine repentance, it's not the non apology apology that we are familiar with from public figures.

They are not turning from violence in order to earn forgiveness from God. Their cry of 'who knows?' in v9 shows they have no hope in themselves, their only hope that God may be merciful. They don’t see God’s forgiveness as a right.

Do I respond with humility when I'm challenged by God’s word? I'm happy making vague statements about nobody being perfect and everybody making mistakes but find it so much more difficult to ask forgiveness for a specific thing. Then, at the same time, I take God's forgiveness for granted. I expect it, and take it for granted. I need to take my sin, and God's forgiveness more seriously. They are both big deals!
Email ThisBlogThis!Share to TwitterShare to FacebookShare to Pinterest
Labels: articles, jonah
Newer Post Older Post Home