Review: Amy - The girl behind the name 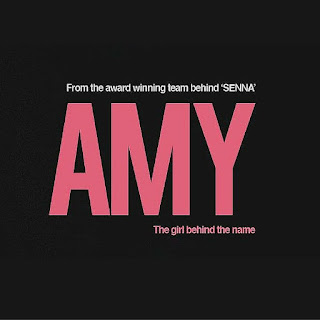 The film Amy is difficult to watch. Like Mark Kermode, I had to look away from the screen a few times and I can’t really explain why - it was so hard to look directly at a person breaking apart before your eyes.


The film draws you into the life of Amy Winehouse which quickly spirals out of control. There are parts that are beautiful - performances superbly edited to highlight Amy’s unique voice and songwriting ability. But the beauty in the story only seems to make everything worse, because it is uncompromisingly gritty, delving deep into the darkest parts of the world we live in.


Everything that can go wrong in human lives goes wrong here. Addiction. Bereavement. Mental health. Destructive relationships. As a viewer, you find yourself feeling implicated. The film is increasingly chaotic as it moves from home video footage to frantic paparazzi sequences. Haunting images are used to highlight Amy’s deterioration. There’s a voyeuristic feel as you see the paparazzi hounding her, to get images that we wanted to see in the papers - the more broken a person is, the more demand there is to see it. Who’s at fault in all of this? Amy? Her friends and family? Me? The answer is clear and everyone feels implicated.


There is little hope on offer. Partly because we all know how the story ends. But also because it’s not clear where any hope would even come from. She looks for redemption in love but that only makes things worse. There is some kind of therapeutic redemption in her songwriting but it doesn’t last. Some people get involved but are make it worse. Other people care but feel powerless to help. The most heartbreaking line of the film is a friend remembering talking to Amy - who has just receiving a Grammy award, presented by her hero Tony Bennett, and is in a ‘clean’ period - and being told ‘this is all so boring without drugs’.


This situation is crying out for hope from outside of the situation itself. Every situation is like that and that’s the good news of the gospel.


Jesus steps into our broken world. I couldn’t look at the deterioration of a person on the screen but He didn’t turn his face away from us. He does not shy away from the worst darkness the world has to offer (Click to Tweet this)  .

Broken people helping broken people ends up with more brokenness but Jesus isn’t broken. He can actually help. He is not making decisions with selfish or mixed motives, He was willing to take the hit himself on our behalf. He welcomes us back into the family at his own cost. We can rejoice in that and look forward to a new creation where relationships are free from ulterior motives, they are life giving instead of life taking.

The world is dark. But there is a light. 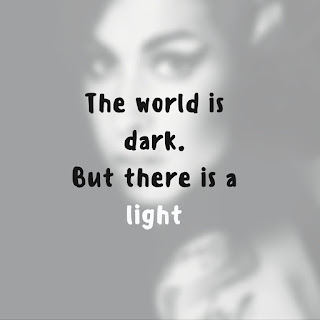