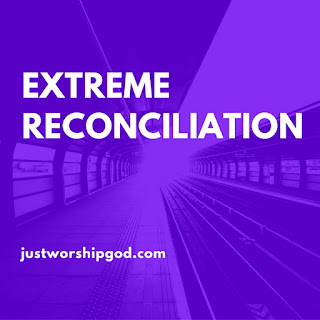 The Jews and Gentiles had irreconcilable differences and Paul doesn’t claim those didn’t exist - in fact he makes it clear in speaking to the Gentiles:

remember that you were at that time separated from Christ, alienated from the commonwealth of Israel and strangers to the covenants of promise, having no hope and without God in the world.(Ephesians 2:12 ESV)

That’s a pretty bleak situation, but something has happened!

But now in Christ Jesus you who once were far off have been brought near by the blood of Christ. For he himself is our peace, who has made us both one and has broken down in his flesh the dividing wall of hostility by abolishing the law of commandments expressed in ordinances, that he might create in himself one new man in place of the two, so making peace, and might reconcile us both to God in one body through the cross, thereby killing the hostility. And he came and preached peace to you who were far off and peace to those who were near. For through him we both have access in one Spirit to the Father.(Ephesians 2:13-18 ESV)

The Jewish historian Josephus described the dividing wall that kept Gentiles out of the temple (out of the presence of God) “with an inscription which forbade any foreigner to go in under pain of death”. Now Jesus has destroyed that. Jesus ‘abolishing the law of commandments” does not mean they don’t matter. Jesus says elsewhere that he did not come to abolish them but to fulfil them. Their necessity for us has been abolished because Jesus has fulfilled the law for us - he was perfectly pure and we are made pure through his blood.

All of this takes place at the cross - that’s where we see the ultimate act of reconciliation. Our division and hostility usually boils down to comparison and differences. Those who were far from God (gentiles) and those who were near(er) to God (Jews) both needed Jesus to bring peace to them. At the foot of the cross it’s impossible to for anybody to feel superior. Click to Tweet this

As we recognise we were all dead in sin, we see that we are all the same (not slightly less dead than the next person!), all in need of God’s grace 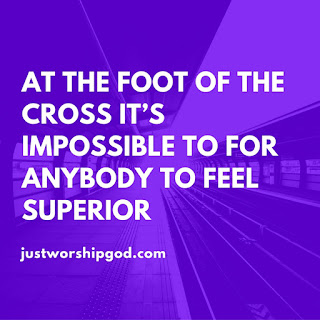