What are irreconcilable differences? 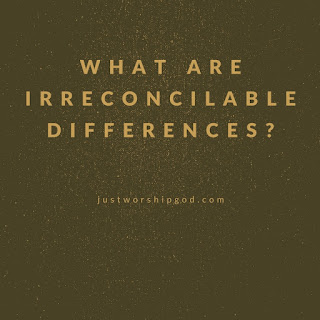 One source defines irreconcilable differences as: ‘Aspects of personality, belief or behaviour that the parties do not and will never agree on’. A few minutes browsing google results will let you know that while it is a difficult phrase to define but there are plenty of sites that will assure you that  it’s very easy to come up with examples if you’re looking for a divorce!

There are groups of people that seem to be irreconcilable - Political Parties. Northern Ireland. Israel/Palestine. Bringing it closer to home, is there anyone that you think you would never be able to be reconciled with?

Therefore remember that at one time you Gentiles in the flesh, called “the uncircumcision” by what is called the circumcision, which is made in the flesh by hands(Ephesians 2:11 ESV)

When we read about Jews and Gentiles in the bible, we are dealing with two groups that were seemingly irreconcilable.

In the Old Testament, God says that he is going to make Abraham into a great nation that will be a blessing to others. Those people are the Jews and everyone else is a Gentile.  Over time, we see pride and contempt for gentiles growing, despite  God saying that he had not chosen them because they were any better than the other nations.

By the time of Jesus, the animosity was well established.
‘The Jew had an immense contempt for the Gentile. The Jews said the Gentiles were created by God to be fuel for the fires of hell. God, they said, loves only Israel of all the nations that he had made… It was not even lawful to render help to a Gentile mother in her hour of sorest need, for that would simply be to bring another Gentile into the world. Until Christ came, the Gentiles were an object of contempt to the Jews. The barrier between them was absolute. If a Jewish boy married a gentile girl [or vice versa] the funeral of that Jewish boy or girl would be carried out. Such contact with a Gentile was the equivalent of death.’ (William Barclay)

In the early church, this was a huge issue when gentiles started becoming Christians. Conflict between Jewish and Gentile believers can be seen in a number of the New Testament letters. 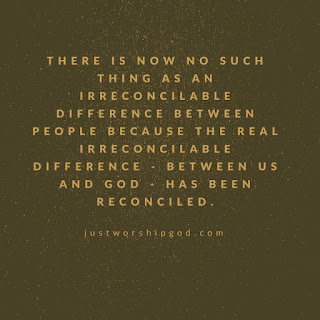