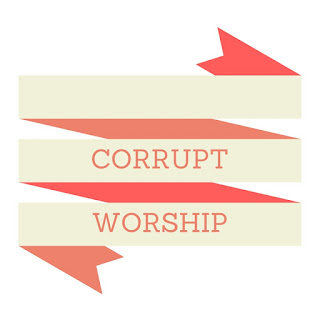 The Israelites are living in a sickly version of their nation wondering why God has not restored them to their previous greatness. They doubt God’s love for them and he responds, through the prophet Malachi, by reminding them of his faithfulness in the past that will not change in the future. So far, very encouraging, but now he gives Malachi a series of messages that start to get very challenging very quickly.


“A son honours his father, and a servant his master. If then I am a father, where is my honour? And if I am a master, where is my fear? says the Lord of hosts to you, O priests, who despise my name. But you say, ‘How have we despised your name?’  By offering polluted food upon my altar. But you say, ‘How have we polluted you?’ By saying that the Lord's table may be despised.  When you offer blind animals in sacrifice, is that not evil? And when you offer those that are lame or sick, is that not evil? Present that to your governor; will he accept you or show you favour? says the Lord of hosts.  And now entreat the favour of God, that he may be gracious to us. With such a gift from your hand, will he show favour to any of you? says the Lord of hosts.  Oh that there were one among you who would shut the doors, that you might not kindle fire on my altar in vain! I have no pleasure in you, says the Lord of hosts, and I will not accept an offering from your hand.
(Malachi 1:6-10)


The people are dishonouring God, they are despising his name. Remember that these people aren’t militant atheists, these are God’s people. Their lives, culture and nation are built around God. They would say they are doing what He wants them to do. It turns out God doesn’t agree.


When they ask how they have despised God’s name, He points to their sacrifices. Making sacrifices at the temple was a central part of their worship of God and, in amongst all the detailed instructions about sacrifices that they got from Moses, are numerous commands to only bring perfect animals - not animals with defects. At least part of this is to show how important and glorious God is. They honoured God by bringing their best, not the stuff they weren’t going to miss. These people were bringing blind, lame and sick animals and sacrificing them as their worship to God.


Notice that God does not say ‘you are not following the list of instructions correctly’. No, their failure to follow the instructions for sacrifices is personal - it is despising God’s name, it is polluting his table, it shows they do not care about God.


Two images are used to reflect this - the father and the master.


A servant honours their master for different reasons - including fear. The master is in charge and the servant does his best because they know they will be in trouble if they don’t. As Malachi says - try offering up one of these shabby animals to the governor and see what happens. They wouldn’t dream of doing that - it’s obviously disrespectful. But they’re happy to do it with God.


God is our Father and our Master. He loves us, does good to and for us, but we selfishly grab everything he has given and give him the scraps of money and time that we can afford without affecting the life we want. God is our Master. He is the creator and sustainer of our universe and we try to usurp his position. We want to be king. We wake up everyday and stage another coup. And we forget that that has serious consequences.


As a result, God takes no pleasure in their worship. He would rather somebody just shut the doors of the temple and stopped it all together. We sometimes have the misguided notion that doing something is more important than why we are doing it. I might not have a great attitude towards God but at least I’m turning up at the temple and offering something. However rubbish my animal is, at least the sacrifice is taking place. That might work in business but not in a relationship.


At work I might have to just grit my teeth and get on with a project I don’t enjoy and, as long as it gets done, that’s OK. But if I turn up to date night begrudgingly and expect my wife to be grateful that I’m gritting my teeth and turning up, then I don't know much about how marriage works!


Christianity is a relationship, not a business. And so corrupt worship, that disrespects God, actually damages the relationship more and more the longer it goes on.

What is the answer to this terrible situation? To ask for God to show favour, to be gracious. You can’t earn grace, and if you could, they certainly wouldn’t be earning it with the sacrifices they are turning up with. But God is gracious. The call from Malachi to them and us is to, having been confronted with our disrespect of God, to repent and cry out for his mercy.

He is gracious, and that is the source of our hope. We have brought defiled sacrifices, everything we do has the selfish whiff of sin on it. But there has been one perfect sacrifice. The one sacrifice that ended them all. now our sin has been exchanged for Jesus righteousness through that sacrifice. We can come back to our Father, not fear our master and worship our God knowing that the perfect lamb has washed us clean. 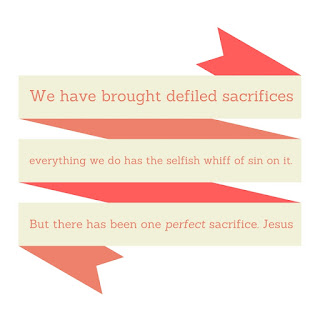